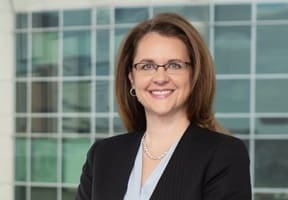 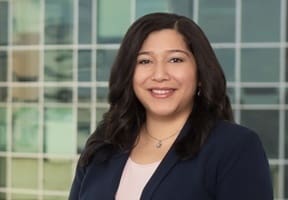 Disputes frequently arise at the end of a project between subcontractors and general contractors regarding offset. For contractors who have engaged a particular subcontractor on more than one project, they might be reticent to release final payment or retention on one job when they know the subcontractor is having performance issues on another project. In that instance, they might withhold money on one job to offset the anticipated problems on another job. For subcontractors, there are few instances more frustrating than when a general contractor unexpectedly delays final payment or retainage rightfully owed on a project by asserting previously undisclosed potential backcharges on a separate project. When this issue crops up, parties first look to their contracts.

Subcontractors and general contractors should take notice of this new law in Virginia for several reasons: (1) so that those in the company responsible for negotiating contracts after July 1, 2020 can make reference to the new law to effectively strike such clauses going forward; and (2) general contractors should be wary of attempting to offset monies owed on one project with another because a subcontractor can refute the offset with the new statute.

This new statute is a major change in Virginia where “contract is king” and historically, Virginia courts are loathe to read out of a contract something the parties expressly bargained for.1

For those working on state projects, the next question is whether this new anti-offset statute applies on projects for the Commonwealth.  This new statute is silent on whether it applies to public contracts in Virginia, but the more compelling reason offset is likely still permitted on state jobs is because the new law was enacted in the mechanic’s lien code (applicable only on private jobs). In addition, there is no corresponding anti-offset statute in the Virginia Public Procurement Act or the Virginia Prompt Payment Act.

However, here’s the reason for the asterisk. Virginia has another relatively new statute that has yet been untested, which could arguably be used to challenge an offset clause as null and void. Section 11-4.1:1 of the Virginia Code states that any provision that waives or diminishes a subcontractor’s right to claim “demonstrated costs” executed before the subcontractor performs work is null and void. Arguably, an offset clause “diminishes” a subcontractor’s right to claim demonstrated costs. Again, this is a relatively newer statute that no one has litigated. Additionally, proposed new legislation in Virginia regarding pay-if-paid “condition precedent” language may also serve as a means to argue the invalidity of the right of offset on public projects in Virginia.

For now, absent any other legislative actions, the right of offset on public projects in Virginia appears unaffected by the new law. However, the tide may be turning in that two other statutes pending and enacted may limit the general contractor’s right to offset in Virginia.

In Maryland, a general contractor does not have the right to setoff because of Maryland’s construction trust fund statute that applies to both public and private jobs, Md. Code Ann., Real Prop. §§ 9-201, et seq.  This statute requires that any funds paid under a contract by an owner to a contractor or an owner or contractor to a subcontractor shall be held in trust for those subcontractors who did the work or furnished the materials. It essentially means you cannot have a “global accounting” with one subcontractor on different projects. Again, if a subcontractor is working on multiple projects for the state of Maryland, the general contractor cannot offset payments owed on one job for another. The same analysis applies on private projects, but does not apply to federal projects. See id. at § 9-204. If a contractor receives trust fund monies paid from a particular project, the contractor is obliged to apply the funds to invoices for labor or materials supplied for that particular project. See Insurance Co. of N. Am. v. Genstar Prods. Co., 338 Md. 161 (1995).

Unlike Virginia and Maryland, the District of Columbia does not have any specific statute in place regarding offset on construction projects.  The absence of any statute voiding offset provisions means that the right of a general contractor to offset is arguably permissible and allowable in D.C., if provided for in the contract. This means subcontractors need to exercise heightened care in reviewing subcontracts to strike clauses allowing offset, and general contractors have the right to enforce this contract provision. If any party has an offset provision in a contract, they should expect that it will be enforced in the District of Columbia for both private and state projects.

On federal projects, the government’s right to offset is expansive and set forth in the Federal Acquisition Regulations. In addition, the government has a federal common law right of setoff. However, the right to setoff may be limited in the context of when a surety steps in to complete the bonded obligations of its principal – general contractor or subcontractor.  As explained below, two cases from the Eastern District of Virginia limited the right of setoff on federal jobs when completion sureties were involved.

For instance, in United States ex rel. Acoustical Concepts, Inc. v. Travelers Casualty & Surety Company of America, 635 F.Supp.2d 434 (E.D. Va. 2009), the Eastern District of Virginia held that a subcontractor’s Miller Act rights were superior to the surety’s right to assert a contractual right to setoff arising out of a non-federal project.  Subcontractors should take note of this ruling that despite language in the general contractor’s contract, the Court disallowed setoff where the subcontractor had a valid payment bond claim under the Miller Act. The takeaway from this case is that a surety is not entitled to offset amounts due on a bonded project with a non-bonded project.  The Court did not say whether offset may be allowed among multiple bonded jobs.

TAKEAWAYS ~ ARE THE WINDS BLOWING TO LIMIT OFFSET?

Establishing the right of offset in your standard subcontracts is no longer enough. General contractors must be cognizant that the right of offset is jurisdiction specific. While the information provided above pertains only to the DC area, contractors should have their counsel identify those judicially-created limitations on offset in every project location they are operating.  Be mindful that while some states have trust fund statutes, which means you should exercise caution before offsetting (CO, DE, IL, MD, MI, MN, NY, NJ, OK, SC, SD, TX, VT, WA, WI); other states will now refuse to enforce that contract term for public policy reasons. In answer to the question above as to which way the winds are blowing, consider that the subcontractor community was successful in passing this statute in Virginia where contract is typically considered “king” and bargained-for contract terms are almost always enforced.

1 Keep in mind that if a contractor and subcontractor file suit against each other or arbitrate or mediate a number of project disputes in the same forum, both parties are entitled to “offset” against amounts owed in a court proceeding. They cannot offset as a means of “contract accounting” during the project.
2 The surety’s status as a performing surety subrogated the obligee’s rights to the remaining subcontract balance and the general contractor’s right to setoff failed.

It is not unusual for subcontracts to contain language that allows the prime to offset payments on one project as compensation for claims it has against that same subcontractor on another project. Whether these provisions are enforceable, however, often depends on the statutory schemes and policy objectives of the particular jurisdiction of the project. In this article, Lauren McLaughlin and Raziye Andican of the Tysons office examine specific examples of the interplay of statutory law and policy with these clauses and discuss trends that may be developing.